I was never one for making New Year’s Resolutions , even as a child, perhaps I’ve always been aware of the unwisdom of trying to commit yourself to something you know you’re unlikely to be able to achieve.

I’ve never been rash enough to try to commit myself to a dry January which would have made me both miserable and feel like a failure when I finally toppled (inevitably) off my wagon but this year I did make a couple of sort-of resolutions.

The first, which is more of an ongoing rather than a New Year’s resolution is to do new things.  I got the idea off a fellow blogger a couple of years ago – she was doing a new thing every week which I feel veers into doing things for the sake of it, my objective is to do things I’d normally wimp out of (I still haven’t driven the OOH’s elderly 4 x 4 or the tractor mower which terrifies me), be impulsive occasionally, not refuse to buy something because I don’t know how to cook it, generally not allow myself to sink into a rut.  I can’t say that I’ve done anything startlingly new this year, I have a feeling that buying myself a Desigual handbag in the sales doesn’t really count, even if I’ve never owned anything by Desigual before or a jade green and pink bag r.  There was nothing new about one of the daughters saying airily as she clutched the bag, ‘If you decide the bag’s too young for you I’ll have it.’

Marginally more successful was the decision arising from my realisation that my book buying habit had got out of control. 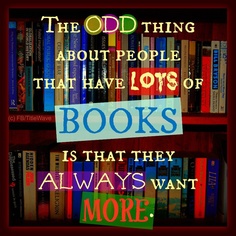 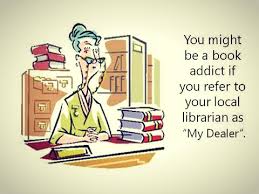 Sadly I don’t have a local English language library though I do have the excitement of parcels in the post.  As a result this is the bookcase in the bedroom where I keep the to-read pile. 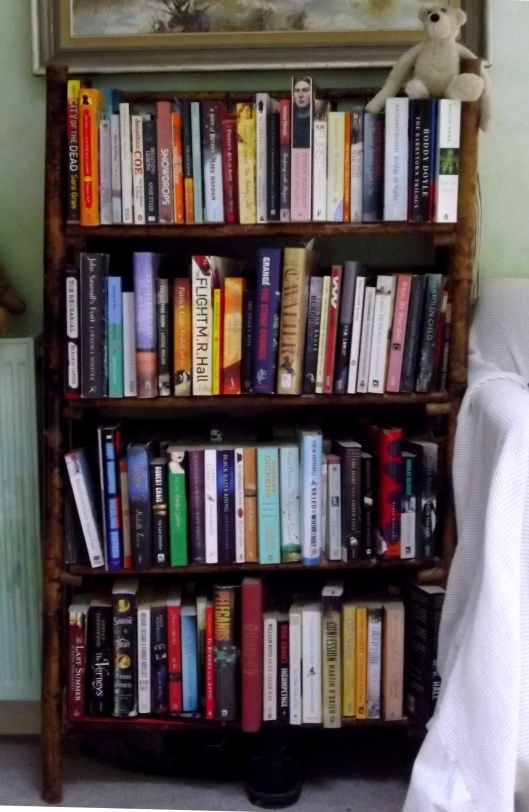 It doesn’t look like that much – except that I haven’t read any of them and all the shelves are double stacked so there’s about 190 books in there.  That’s only our bedroom too…

So I took myself in hand and decided that with effect from New Year’s Day there would be no more book buying, except for my book groups, until the end of March.  I prudently put in an order on December 31st.

I can say that for a month now I’ve been clean – well there was a slight lapse when I was ordering two books for the book groups and saw that there was a copy of Frances Spalding’s biography of Gwen Raverat which I’ve been after for ages, but is both hard to find and very expensive, for £4.  Even the sternest resolution monitor would have agreed that it would have been foolish not to snap it up. 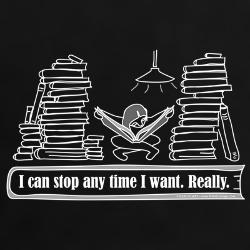 Otherwise I’ve been really good, I’ve only read what was already in the house (and what came in the post from that last order) and I felt inspired to do some bookish housekeeping.  Sorting out the to-read bookcase and ejecting the books I know I’ll never read, it’s not really a cheat’s way of diminishing the pile, going through all the many shelves and culling what I’ll never read again and the girls and OH have no interest in, and collecting all the books that various people have left on tables, the edge of the units, the middle of my desk in the expectation that the tidiness fairy is going to sweep them up and put them away and doing it myself.

There lies the rub.  I was hoping, expecting really, that at the rate I read I’d have cleared at least one front layer of books off the to-read bookcase by the end of March.  Except that in going through all the shelves culling and sorting I’ve been discovering books I forgot I had and want to read.  And where do the books I want to read go?

My to-read bookcase now has more books in it than it did on January 1st.

So much for New Year’s resolutions.