Each year, my daughter who is chef de project for the restoration of the Vieux Chateau du Cros organises Les Journées Médiévals for the château.  There’s a medieval market in an oak wood next to the château, pony rides, visits around the château itself which is normally closed to the public, wine tastings, demonstrations of medieval swordfighting, archery, rides around the vineyards in a carriage.  The association for the rescue of Spanish galgos (Spanish greyhound type hunting dogs) are usually there too as galgos look very like the dogs you see in medieval manuscripts with an assortment of the most beautiful, soppiest rescue canines you have ever seen in your life. 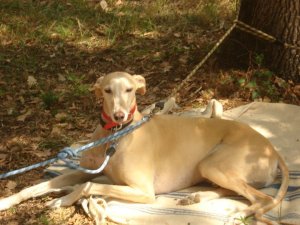 It’s a really fun event, low key but friendly, the stallholders love it saying that they really enjoy the ambiance, the medieval swordfighters usually camp and have the time of their lives, and the people who visit say it’s so nice doing something a bit different.

Last year’s event was bidding fair to be the most successful ever.  Then in the middle of the night before the first day the heaven’s opened.  By the time the first stallholder turned up the track had become a quagmire and no one could get up it.  There was no choice but to cancel everything.

You can just imagine what it’s been like this year…  Long faces all round, anxious perusal of the weather forecast.  On Monday there was rain forecast for the weekend.  By Wednesday as it was tipping down abundantly outside it said it might stop raining this afternoon.  Yesterday as a monsoon hit the windows (and found its way under the roof tiles into my office) the forecast said, unbelievably it would stop raining in the evening.  For the first time for several days I wasn’t woken in the night by the sound of raining hitting the roof.

And this morning we saw a bit of this:

yup that really is blue sky.  There’s quite a decent wind too, so with luck, a lot of luck, it’ll dry out the ground just enough….  My daughter’s up there with her army of helpers working on the presumption that it’ll all be OK and crossing just about every digit she’s got.

I’ve just returned from a glorious week in Sicily visiting my eldest daughter who is working in Palermo.  It’s the second time I’ve been and if anything Sicily was even more beautiful and more stunning than my last trip.  And I know that “here are a few of my holiday photos” is enough to send a shiver of dread down anyone’s spine but even so I’m going to inflict a few of my favourite views… 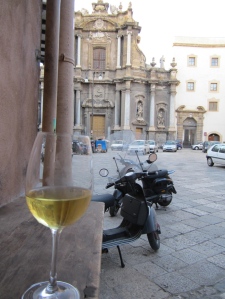 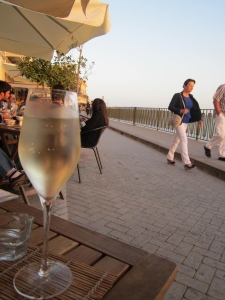 …on duty this morning.

Could someone remind me what the point of cats is?

I’m not sure whether I should be delighted or slapping myself on the head and going, ‘Durrr!’

As I’ve been doing quite a lot of work today (aka much effing and blinding) on setting myself up a Facebook author page, doing a LinkedIn profile etc I thought I might as well check how the sales of my books on Kindle are doing.  Normally this is pretty gloomy viewing and needs a strong drink before I have the courage to click on “Prior Six Week’s Royalties”.

Today I noticed for the first time that what I assumed were my total sales were just those for Amazon.com, including India. Since I’ve never been published in either place and all my publicity has been aimed at the UK so far it isn’t surprising that my sales haven’t been astronomic.  Now I’ve looked at Amazon.co.uk my general sales are quite healthy, well better anyway.

So while I’m not looking forward to royalties like this for March, 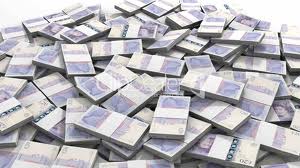 it’s still going to be one hell of a lot more than I thought I’d be getting.

I have a feeling some other people will be going ‘Durr!’ for me.

Note to self:  Inspect under the fridge.  And the cooker.  And think about the dust bunnies under the dresser.

All I ask is that nobody share their photographs with me.