I’ve never been one of those people who reads all about a place before going somewhere new.  Of course I consult guidebooks – I’m not that much of a free spirit and anyway I’d feel remarkably stupid if I missed out on a treasure because I didn’t know about it or turned up on the one day it was closed.  But I don’t compile a reading list in advance though I’ll often read all about where I’ve been, getting even more pleasure from being able to place where the action was.  A horribly crowded flight from New York was transformed by the New Yorkers by Catherine Schine which I’d picked up the day before because I’d enjoyed a couple of her other books.  It was set two streets down on the Upper West Side and I spent a wonderful seven hours not feeling I’d left New York at all.

I’m going to Paris with one of my daughters at the end of the month which is in fact a trip inspired by a book.  I was reading The Private Lives of the Impressionists last year during a particularly tough time and when everything got on top of me I’d say to myself that when it was all over I’d go to Paris to the Musée Marmottan and see Monet’s pictures.  So I’m going at last and staying bang next door to Notre Dame (can you get a better location than that?) thanks to those internet coupons I bought.  I’m not going to read up all about Paris before I go – that smacks too much of homework, but I decided that on this trip I’d only take books that were about Paris or set there.  As there are just one Paris related book in my to-read bookcase this also gave me a convenient excuse to break the rule I imposed at the beginning of the year that until I managed to make a visible dent in the to-read pile the only books I’d buy were ones I needed for my bookclubs.  I have to confess here to a serious book-buying habit which has become worse since I discovered Awesome Books but at least I don’t have a tottering pile of to-use handbags. 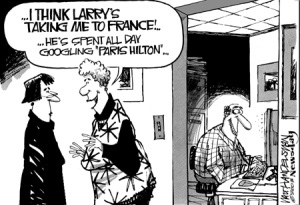 I already had The Lost Mona Lisa by RA Scotti about the theft of the Mona Lisa in 1911.  It wasn’t recovered until two years later by which time several near perfect copies had been made.  I’ve been fascinated by this story since I was about 8 and a friend of my parents, a delightful old picture restorer, told me of being a student in Paris before the theft and going to see the Mona Lisa nearly every week.  After it was retrieved he viewed it again – and said it wasn’t the same picture.  He believed the experts simply hadn’t been able to tell which was the original and which was the fake.  He added that he’d also heard that to make sure their judgement could never be questioned the experts had ordered that the picture they deemed a fake be destroyed.  Just the sort of story that would fascinate a child and I’m really looking forward to reading the book and seeing just how much of Mr Booker’s theory was based on fact.

I had a lovely morning looking up books about Paris before deciding that I’d buy myself Hemmingway’s A Moveable Feast, about Paris in the 1920’s, and Foreign Tongue by Vanina Marsot which everyone seems to love.  Three books seemed plenty for a four day trip and anyway the hotel is five minutes walk away from Shakespeare and co so if I get really desperate I can always nip over there.  Lets face it, I will anyway.

So feeling very virtuous that I was only going to buy two books I logged on.  And saw that Dancing To The Precipice about the life of Madame de la Tour du Pin, something I’ve wanted to read for ages was on Amazon at half price.  Of course it would have been silly not to buy it.  Then there was French Secrets by Roisin McAuley whom I met last summer and really liked.  At least it’s about France as is The Lantern by Deborah Lawrenson. 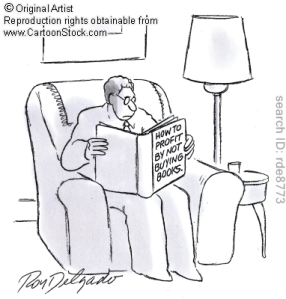 Oh well, what’s the point of making rules if you can’t break them?